History of the library

The beginnings of the Free Public Library of the City of Portage occurred in 1899 with the death of Miss Catherine Krech.  After her passing, her mother urged the “Do-Nothing Society” to create a free circulating library for the community.  When she offered her daughter’s private library of 127 books as “seed,” the Do-Nothings accepted the challenge.  In October of 1900, the group held a public meeting at City Hall to organize their efforts and assemble a committee.  Mr. E.W. Moran generously donated the space above his store at 128 West Cook Street to house the library.   When Mrs. Krech (Miss Catherine's mother) died that same year, her estate gave an additional $2,000.00 to buy books that greatly helped the library’s cause.  On January 21, 1901, the Free Public Library opened its doors to the public.

On July 2, 1901, the City of Portage passed Ordinance No. 2000 establishing the Free Public Library and Reading Room.  This ordinance declared the library “shall be hereafter maintained by the City” and “shall be forever free to its inhabitants.”  The ordinance also stated that the west room on the first floor facing Wisconsin Street in the newly constructed City Hall would be set aside for the library and reading room.  On January 10, 1902, the library moved its 2,000 volumes to that location.  It thrived there for many years and was considered “Portage’s most valuable asset” (Jones 1914). 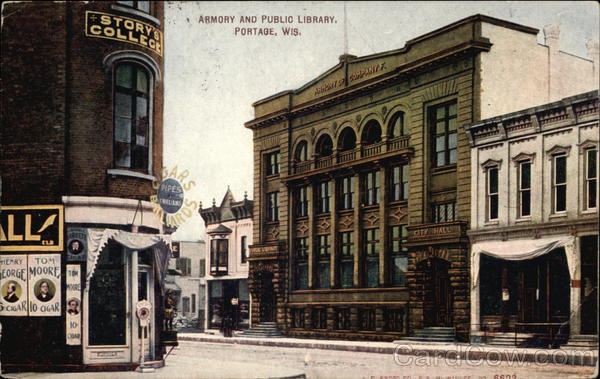 The ordinance authorized the mayor to appoint six citizens of the City who, along with the superintendent of schools, would constitute the Library’s Board of Directors.  Mayor J.E. Jones appointed Mrs. W.G. Clough, Mrs. Fred Burbach, Mrs. John O’Keefe, Mrs. R.B. Wentworth, Mrs. P.J. Barkman, and Hon. A.J. Turner, all of whom were very active in the development of the Library.  Dr. A.C. Kellogg, the Superintendent of Schools, completed the 7-member Board.  One of the first actions by the Board was to appoint Mrs. Clough the librarian, so the mayor appointed Mr. J.E. Wells to fill the board vacancy left by her resignation.

In 1944, Mr. William Breese, husband of the late Zona Gale—Pulitzer Prize winning author, library activist, and Portage native—deeded their 6,000 square foot home to the City for use as a public library.  The library thrived in this location for 50 years; however, because it was originally designed as a residence, certain limitations with its floor plan made it difficult to grow its collections and expand its services as the community grew. 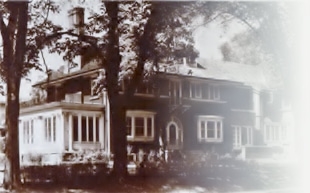 By 1990, the Library’s space limitations became too restrictive to remain in its residential setting.  From 1991 to 1993, the Library Board considered twenty-five sites for the library’s new location.  After much deliberation, they selected the old Rayovac site on Edgewater Street because it would guarantee significant traffic to the Downtown business district and aid in its revitalization.  However, the site posed one serious problem – it was too small.

Space planners determined that 19,999 square feet would be the ideal size for the new facility through 2013.  The Library Board sacrificed 1,699 square feet of their plan to fit on the Edgewater Street site.  The final floor plan revealed a library of 18,300 square feet.  The Bidwell Foundation challenged the City with a $750,000 matching grant.  The City matched the Bidwell funds and the public responded with a very successful fundraising campaign.  Construction began in 1994 and the Library moved into its new $1.8 million home in early 1995. 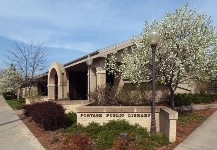 In 2008, the Bidwell Foundation, a major donor in the funding of the existing building, approached the Library Board and expressed interest in contributing to an expansion.  The Foundation contracted Gunderson Construction Company to perform a feasibility study resulting in a proposed 6,000 square foot addition to the west end of the existing library.  The project was designed through a collaborative effort between library staff and Plunkett Raysich Architects, and the renovation of the existing library space.  Together, the Library Board, the City, the Bidwell Foundation, and private donations from businesses and families in the Portage area and beyond funded the Library's $1.8M expansion and renovation project.  In 2013, the now 24,500 square foot library added a separate children's library, three study rooms, a reading room for adults, and a much expanded teen space and program room.